I’m delighted to be able to announce the publication of Powering the Nation: Images of the Shannon Scheme and Electricity in Ireland. This book is based on my research on an earlier time period of electricity in Ireland, that of the 1920s and very early 1930s, when the first Irish Government invited Siemens to construct a hydro-electric power station on the banks of the Shannon river in county Clare. The Shannon Scheme, now known as Ardnacrusha, became a symbol of not just electrical power, but of progress and modernity in Ireland, and the book looks at the process of building the station and then at the ways in which this symbol was communicated to the people of Ireland. The visual material analysed runs the gamut of official and unofficial images, from Siemens photographs and a commemorative stamp, to the work of visiting artists and collectible postcards and cigarette cards, all trying to situate this modern project within the cultural landscape of the new Free State, which took its inspiration from the antiquarian and the rural. It looks at the different ways in which different groups of people reconciled these forces of tradition and modernity in their images of the Shannon Scheme, from the workers on the Scheme itself, to the artists of the Metropolitan School of Art. 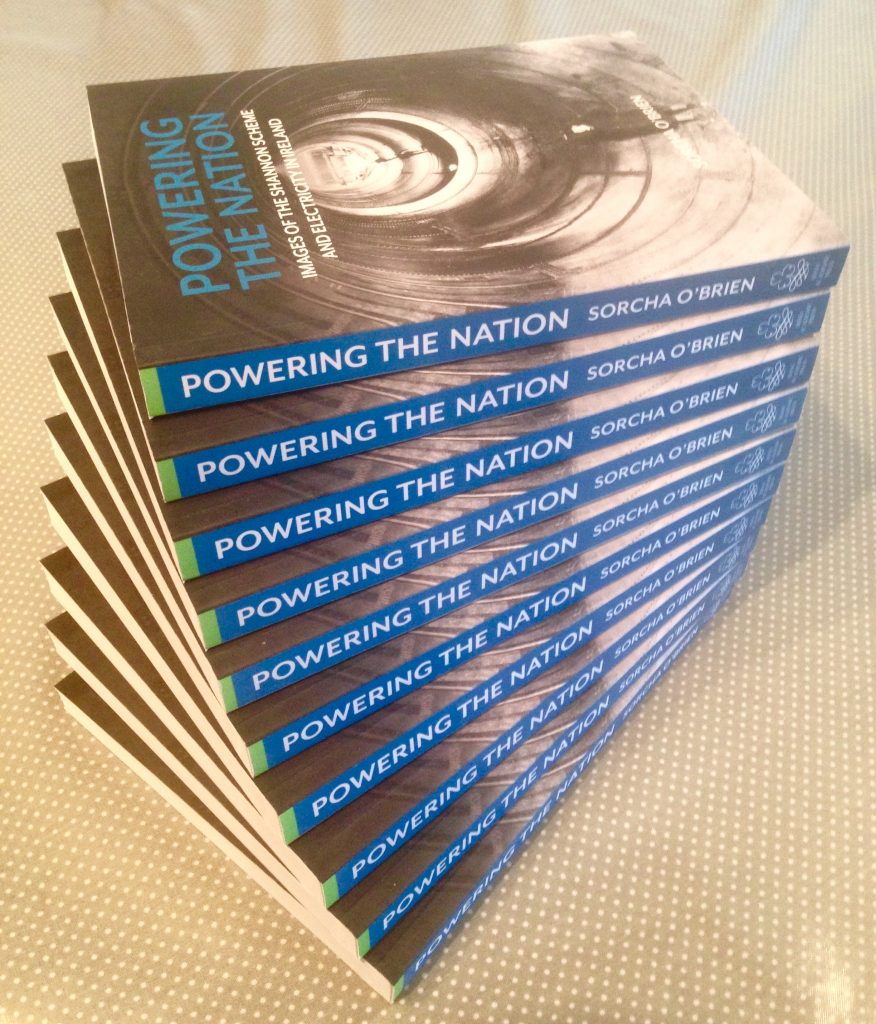 Tags: ESB, publications Posted on Friday, December 8th, 2017
< Previous post
Next post >
We use cookies on our website to give you the most relevant experience by remembering your preferences and repeat visits. By clicking “Accept All”, you consent to the use of ALL the cookies. However, you may visit "Cookie Settings" to provide a controlled consent.
Cookie SettingsAccept All
Manage consent