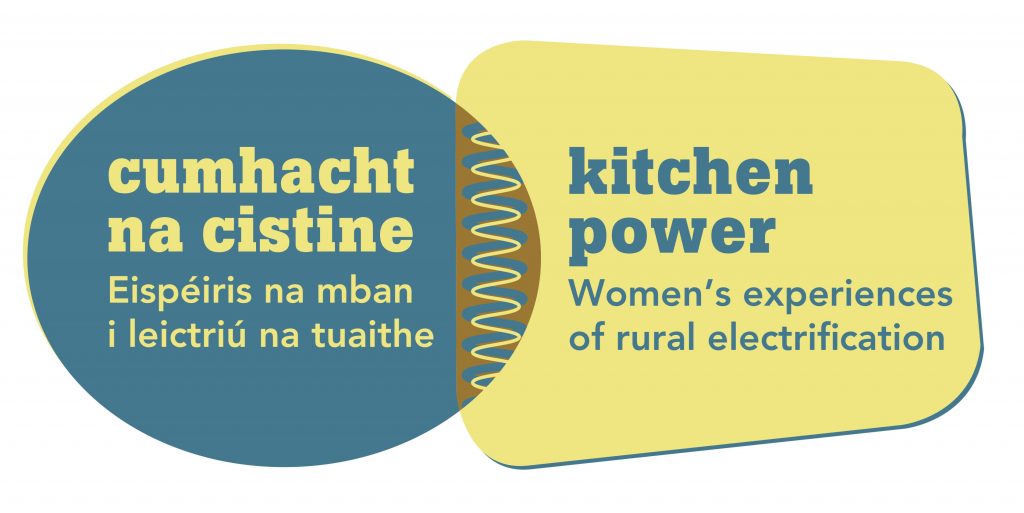 Kitchen Power: Women’s Experiences of Rural Electrification opened to the public in the National Museum of Ireland – Country Life at Turlough Park, Castlebar on 20 July 2019. It was closed from March to July 2020 because of COVID-19 public health measures, but was extended until December 2020. 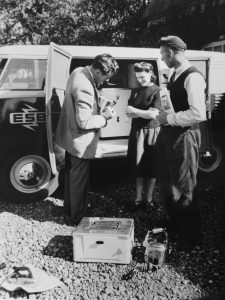 The Electricity Supply Board’s (ESB) rural electrification programme started in 1946 and ran until 1964, with a post-development phase running into the early 1970s. It was supported by successive governments as a way to make the Irish countryside a more attractive place to live, particularly aiming to reduce emigration amongst young women. Although many rural women worked in offices and shops, as well as on the farm, the marriage bar and prevailing cultural attitudes meant that many women’s experiences of rural electrification were at home, where the kitchen was the focus of domestic work. In addition to generating and supplying electricity, the ESB acted as an electrical retailer, selling a range of appliances through its own showrooms. It promoted both the benefits of electricity and the appliances using model kitchens, mobile vans and exhibitions such as the Spring Show. The ESB demonstrators, who were all technically literate women, played an active role in selling these appliances and educating the public, and the Irish Countrywomen’s Association (ICA) strongly supported the rural electrification project at a grassroots level.

The exhibition focused on the ways that rural electrification changed the lived experience of Irish women in the 1950s and 1960s as domestic electrical products became widely available in the Irish countryside and we moved from the traditional hearth to the fitted kitchen. The exhibition looked at the way in which these products were advertised and promoted as part of a modern lifestyle, without challenging established gender roles. It looked at the balance between advertising fantasies and the reality of housework in Ireland, where women negotiated their own balance with the practical necessities of cost, weather and the gendered nature of housework in Irish society. 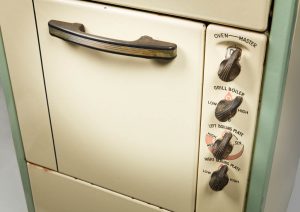 In addition to museum objects and archives, the exhibition included material from oral history recordings made in 2017 and 2018 by Dr O’Brien and a team of community-based interviewers, many from the ICA. These interviews, presented in the form of digital audio and participant photographs, allow us to hear the generation of women who worked in the home in the 1950s and 1960s speaking about their experiences and memories.

Listen to Maureen Gavan from Clones in County Monaghan talking to Geraldine O’Connor about reactions to getting electricity into her family home:

The exhibition included a textile art project run by Age & Opportunity, who commissioned Sligo artist Anna Spearman to work with local women in Mayo to respond creatively to the exhibition as part of the Bealtaine Festival. In addition, the exhibition also included a reconstruction of a 1950s ESB/ICA model kitchen in the Museum galleries, constructed by Phillip Carey, final year BSc(Hons) Furniture Design and Manufacture student at Galway-Mayo Institute of Technology, Letterfrack. 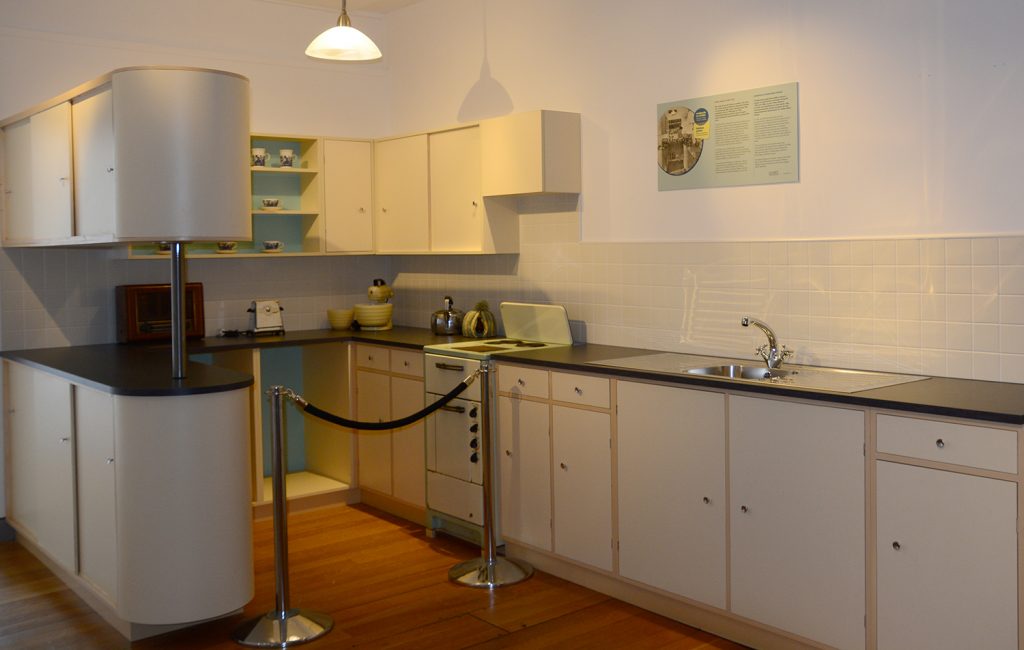